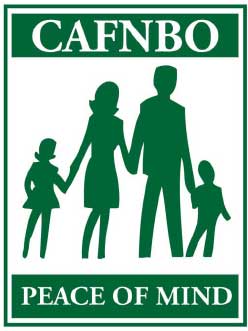 The General Staff acutely aware of the need to alleviate the financial distress on the families of deceased servicemen and conscious of the success of CAOGA on behalf of the officers, decided to set up an organising committee in 1963 to undertake the necessary preparatory work to establish an insurance scheme for NCO’s and Pte’s. This committee was chaired by Col W. Donagh and included Comdt J.
Counihan and Capt H. Daly.

The inaugural meeting of the Society was held in the Gaelic Hall, Curragh Camp on 21 Dec 1964. Col W. Donagh presided and he outlined the preparatory work undertaken by his committee. The meeting unanimously elected the following committee:
CHARIMAN:
RSM P. DAFFY 2 FAR

The Society was formally established on 01 Jan 1965 with 4,100 members paying a subscription of two shillings (13c) per week. The benefits were £300 (€380) on the death of a member, £20 (€25) on the death of a member’s wife, £10 (€12.70) on the death of a child over 5 years and £6 (€7.62) on the death of a child under 5 years.
On 01 Jan 1980 CAFNBO Spouse was introduced, Membership CAFNBO is a Friendly Society registered under the Friendly Societies Act of 1896 as amended. Membership is open to all NCO’s and Pte’s of the Permanent Defence Forces and their spouse. Applications for membership are placed before the management committee who may at their absolute discretion accept an application or not and determine the commencement date of membership (normally the date of the meeting). Although not compulsory, 99.6% of members of the Defence Forces are CAFNBO members.

1. the insuring of money to be paid on the death of a member or spouse member

2. the insuring of money for the payment of funeral expenses on the death of a spouse or child of a member in necessitous circumstances.

3. Providing relief of poverty to members when in distressed/necessitous circumstances by way of the Distress Fund.

4. The granting of other assistance to members in necessitous circumstances as decided by the members of the society.

Management Committee:
The Committee consist of 19 members including a Chairman and Vice Chairman who are elected at the AGM. All the major barracks including Air Corps and Naval Service are represented. The committee meet monthly to transact the societies business. The management, control and direction of the policy and affairs of the  Society are vested in the committee subject of course to any statute and the Rules of the Society. The committee keep the members briefed on all developments in the society and encourage personnel to join the schemes. The day to day running of the society is entrusted to the Secretariat who implements the decisions and policy of the management committee.

Trustees:
The Trustees of the society must be serving members of the Defence Forces who have consented to act have been authorised in that behalf by the Chief of Staff and appointed by the members of the society. The Trustees are responsible for investing the funds of the society.
The value of the fund as on 19 Mar 2015 was €107,261,777, and the overall return on investments for 2014 was +13.38%.
The Trustees also decide on the payment of the death benefits in cases where no valid nomination exists subject of course to the provisions of the Friendly Societies Act.

CAFNBO DISTRESS FUND
Deductions for the CAFNBO Distress Fund started on 01 March 1995. There are in excess of 6,700 members contributing to the fund. The Distress Fund is set up for the purpose of relieving distress among serving NCOs and Pte’s of the Permanent Defence Forces. Subscriptions are 25c per week by direct deduction from the payroll.
The Distress Fund is self-financing and totally independent of the main CAFNBO scheme.
CAFNBO funds cannot be applied to the Distress Fund.
Grupa Arachais Na mBuan Oglaigh (GANBO)
On 01 Aug 1980 a group scheme called Grupa Arachais na mBuan Oglaigh (GANBO) was introduced for members of CAFNBO.
GANBO/GACBO was initially underwritten by Canada Life, however over the years the underwriters of the scheme have changed:
Canada Life 1980 to 2001
Irish Life 2002 to 2007
Friends First 2008 to 2010
Aviva 2011 to 2013
Friends First 2014
Friends First are the current underwriters of the schemes and the rates enjoyed by the members are guaranteed until 31 Dec 2016.
99% of CAFNBO members are also members of GANBO.
In Apr 1985 a Spouse scheme was introduced for the spouses of members of GANBO, this scheme was named Grupa Ceili na mBuan Oglaigh (GACBO). In 2011 the GACBO Cohabiting Partners Scheme was introduced.
The following benefits are paid under the GANBO/GACBO schemes:
Death of a Member €160,000 Subscriptions €7.02 p.w.
Death of a Spouse Member €160,000 Subscriptions €5.18 p.w.
Death of Child under 21 yrs (inc Stillbirths)………€ 5,000
Since 1 Jan 2002 the following GANBO/GACBO death claims have been made.

CAFNBO Retired Members Life Cover Plan
On 01 Apr 2014 Cornmarket, the brokers for the GANBO scheme, in conjunction with Irish Life introduced a new Scheme “CAFNBO Retired Members Life Cover Plan” for Ex Members of GANBO whose period of retention ceased. The following table shows the valuable life cover that is being offered. The cost of the plan is currently set at €25 per month and is deducted directly from the members Defence Force pension. This plan is also available to the members spouse if they were a retained Spouse member of GACBO.
The present benefits are: 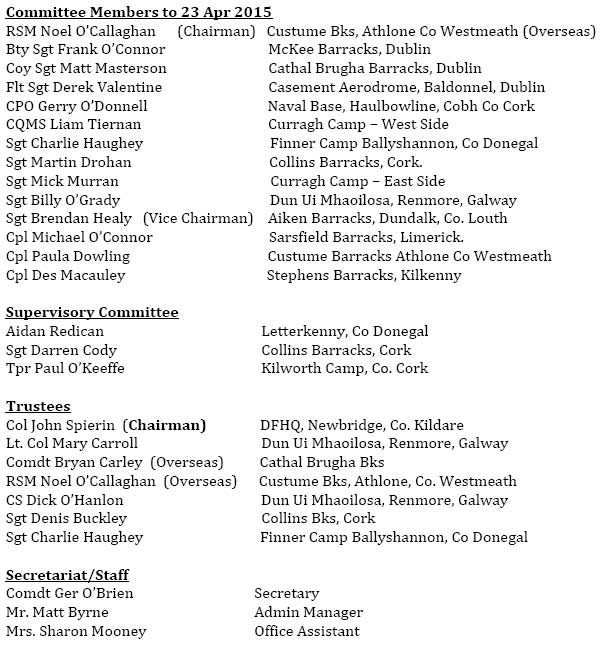 In 2001 the Management Committee decided that the Office accommodation in Defence Forces Headquarters was no longer suitable to meet the needs of the Society and decided to purchase a property as the Head Office of CAFNBO.
The Secretary at the time (Eddie Scanlon) and the Assistant Secretary (Matt Byrne) were tasked with finding suitable premises. They quickly identified 33 Infirmary Road as the ideal premises in the perfect location (close to the Houston train station and beside Defence Forces Headquarters).
The property was purchased at a cost of £285,000 (€361,875). The property was completely refurbished at a cost of €220,000. The current value of the house is estimated in the region of €800,000. 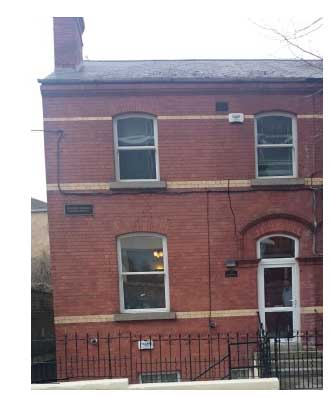